The latest collection from Tod’s clearly shows the growth of the fashion house far beyond it’s footwear line. Artist Director of Tod’s Walter Chiapponi successeds to once again merge the timeless elegance with contemporary tendences. A striking architecture marble by Architect Giuseppe De Finetti serves as the backdrop of the Fall Winter 2021 menswear collection. Chiapponi and his team have selects Villa Ronchi in Vigevano for the photo shoots and short film starring actor Lorenzo Zurzolo. The short film finds the young actor preparing for the role while looking dapper in looks from Tod’s Menswear Fall Winter 2021 collection. Film holds the title Seven and while perhaps stay at home is no longer the theme of our lives it is still on our minds. “Seven like the days of the week, T for Tod’s but also for time,” shares Tod’s team speaking about the collection.

Walter Chiapponi once again pays attention to the tailoring of Tod’s garments, outerwear is shaped with sartorial tailoring in mind.  “The artisanal nature of the product is the highest expression of style. Warm, earthy tones are used on tweeds, wools and sturdy cottons that reference a natural camouflage with the landscape,” shares Tod’s.

The T plays another role, Walter and his design team bring the capital T in a form of a new signature for the label placing it as a belt buckle, on loafers as well as bags in the new collection. 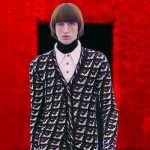 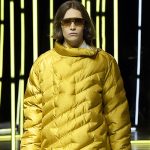