Fashion brand WOOYOUNGMI presented the Fall Winter 2023.24 Collection with a show held on January 22nd, during the recently finished Paris Fashion Week. For Madame Woo, who always identified with a Parisian fashion disposition, the new generations’ curiosity for her homeland is invigorating. For the Wooyoungmi Fall Winter 2023.24 Collection, it inspires the designer to reflect on the historical artistic relationship between South Korea and the West. At the 1900 Paris Exposition, the nation unveiled the Pavillon de Corée: a magnificent building constructed in the style of the South Korean palaces but re-contextualised within the Haussmannian environment of Paris. It is on this backdrop that the collection finds its premise.

In place of the pop culture that defines the present-day Western view of South Korea, Madame Woo imagines the artistic exchange between Paris and Seoul at the fin de siècle through a 21st Century lens. The notion cuts a romantic silhouette loosely informed by a Belle Époque sensibility crafted through the brand’s structural and utilitarian approach: contemporised riding coats, sack suits and riding boots, morphed with the roomy, teenage-centric shapes native to Wooyoungmi’s early-2000s archives. The historical premise crosses into Edwardian England where shooting jackets, padded coats and stalking trousers shape-shift with the cargo garments native to the urban wardrobe today.

In the eyes of Wooyoungmi, the global popularisation of South Korean culture is an interesting evolution. When the brand was founded twenty years ago, its bricks were moulded in Seoul but its foundation based on the blueprints of Parisian fashion mentality. It’s a tale as old as time: the East dreams of the West and vice versa. When it came to her craft, Woo Youngmi’s fascinations and studies gravitated towards a milieu foreign to her own. Two decades on, the digital age has assimilated Korean style, beauty and pop into the Western mainstream. – from Wooyoungmi 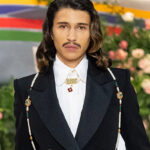 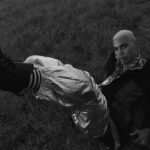