After dropping for the first time back in June 2015, the YEEZY BOOST 350 ‘Turtle Dove’ is set to get a second release in 2022. The colorway was the first Yeezy 350 released as part of the Yeezy Season 1 collection, and over the years has inspired a countless new designs.

This spring, the rumors started spreading on social media, stating that ‘Turtle Dove’ is finally getting an overdue re-release. It was being reported that the model will be restocking in April this year; however, it didn’t happen. The fans are now expecting them to drop for the Yeezy Day 2022 on August 1st and 2nd, where like previous two years, the brand will introduce new releases as well as restocks and re-releases of their signature styles.

Ye (formerly known as Kanye West) has changed the sneaker industry completely in February 2015, when he teamed up with German sportswear adidas and launched his Yeezy label. Since then, the brand has presented a numerous forward-thinking designs, that left a significant impact on the sneakers industry. One of the two first colorways from the Yeezy Boost 350 family was “Turtle Dove” – the sneaker that started it all.

The rapper unveiled a new adidas silhouette YEEZY BOOST 350 during his YEEZY Season 1 presentation in June 2015, as part of the official calendar of New York Fashion Week. The inaugural collection included men’s and women’s apparel and footwear and it was presented via unconventional show conceptualized by West in close collaboration with contemporary artist Vanessa Beecroft.

The partnership was based on exclusivity and limited editions at the beginning, producing only a few thousand of pairs of each new silhouette, which made them become the most sought after sneakers out there. Ye wasn’t really happy with this idea, so he promised the fans in an interview with Ryan Seacrest that “everybody who wants to get Yeezys will get Yeezys”.

Even thought the brand is often restocking some of its most popular styles of Yeezy, fans have been waiting for seven years for Yeezy boost 350 ‘Turtle Dove’ rerelease. Finally, the much hyped model is making a comeback for the first time, but the fans are still speculating about the release date, as it is not yet confirmed by adidas. If you don’t like to wait for the rerelease, the model is now available at the leading sneaker marketplaces GOAT and Flight Club.

Yeezy Boost 350 ‘Turtle Dove’ 2022 is reported to be very similar to the original 2015 release. Its minimalistic silhouette features a patterned off-white and dark grey Primeknit upper, with black suede overlay with YZY lettering, as well as a textile pull tab with red stitching and a full-length Boost midsole, fully enveloped in an ivory TPU cage.

Over the course of the past few months Ye and adidas have rereleased some of their most popular styles, including the YEEZY BOOST 350 V2 “Dazzling Blue”, the updated adidas YEEZY 700 V3 “Mono Safflower” and the return of the adidas YEEZY BOOST 700 “Wave Runner”. Besides that, the brand has announced a significant number of styles to return for this year’s Yeezy Day, including Yeezy 700 V3 ‘Azael+ and the new Yeezy Flax Slides rumored to be released on August 1st, as well as the Yeezy Boost 350 V2 ‘Static Non-Reflective’, Yeezy Boost 700 V2 ‘Hospital Blue’, Yeezy Foam Runner ‘MXT Moon Grey’ and many more.

In case you missed it: MMSCENE team has rounded up a list of 6 highly coveted adidas Yeezy Slide and Foam Runner silhouettes. 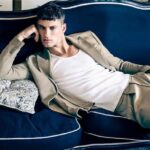 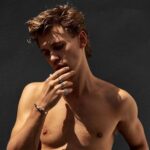