Winter is slowly but surely leaving us, and that means only one thing: we will soon take off our boots and “jump” into lighter, spring shoes. Fortunately for many of us, Nike sneakers have long been a fashion trend and have lost their original, exclusively sporting function. Today, sneakers go with almost all outfits, and which ones will we wear this season? Well, our choice is pretty easy giving the fact that this style is a must-have for this season. Nike Dunk Low have gone from the classic basketball and skateboarding shoes to the favorite lifestyle shoe. MMSCENE team has prepared a list of things you need to know about the dunks before buying them.

The silhouette designed by Peter Moore almost 37 years ago has spent years practically in the background, but it has become the favorite of sneakerheads in the past few years. The origins of this silhouettes goes back to 90s skateboarding era when Nike SB debuted. It all started when Virgil Abloh, the king of streetwear, chose them as favorites for a collaboration with Off White. The rest is history. Since its launch in late 2019, the Nike Dunk has become the most popular silhouette to wear the Swoosh. All of their releases without exception sell out, many of them in a matter of minutes. They have become the default stars of collaborations, special editions and redesigns like the ones with Travis Scott, with perhaps the exception of the Air Jordan 1, which continues to gain in popularity.

When it comes to the design of this popular sneakers, it’s a very simple one with some cool finishing touches. The clean lines are their biggest charachteristic. The smooth leather upper is combined with overlays that wrap around the toe and heel. The Nike branding can be found both on the woven tongue tag and heel tab. Of course, the Swoosh branding lays on the lateral sides of the sneaker reaching almost to the heel tab. The key focus for the design team was to make them extra durable and comfortable for everyday wear, which they succeded. In terms of colors, Nike Dunk Low has a lot to offer. From the most popular ‘Coconut Milk’, ‘Championship Purple’, ‘Team Red’, ‘Rose Whisper’, ‘Panda’ to many other colourways, the choices are endless.

Among all the highly desired options, the most coveted are the Nike Dunk Panda. With a white upper and black panels and Swoosh, the Panda is the easiest shoe to match in the line. That’s why the releases sell out in minutes and that’s why the Oregonians reissue them every few months. The Panda dunks are back this month and they’re going to fly. The Nike Dunk ‘Panda’ also joined Nike’s Next Nature line. This initiative seeks to create more sustainable shoes, created with at least 50% recycled materials, as part of Nike’s Move to Zero commitment. The objective? Zero emissions and zero waste in the near future. On this occasion, in addition, the classic white template was replaced by a green one.

The Panda dunks low were originally released last year on March 10th, since then they have been the talk of the town. When Nike saw the potential in them, they restocked them on February 2nd. Since then, you can cop them on small amount of places where they are not sold-out and through numerous resellers. The official price of this style is 100$, but if you’re looking to buy them through retailers, prepare at least a double amount of money. 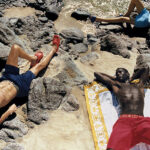 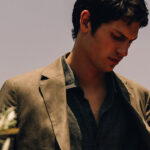