A staple of sneaker culture, the Air Jordan 1 is an all-time classic. If you are a fan of the OG models, you understand they often come with the signs of age, including the cracked leather, crumbling midsoles and yellow rubber.

The Jordan designers wants you to see the beauty in the story behind each shoe giving the 2022 Air Jordan 1 “Lost & Found” an edge, a narrative and a connection. They created this sense of nostalgia by making the new model look like it’s found in a basement after decades. The colorway comes with a key design features of the OG AJ1 with new storytelling elements.

One of the most sought after models on the market today, Air Jordan 1 has shaped the sneaker culture. However, it wasn’t always like that. When it first debuted in 1985, there was a big controversy about Michael Jordan’s sneaker deal with Nike, the brand that was, at the moment, known for running shoes.

The decision came before MJ played a single game in the league, which surprised the critics. Very soon, the narrative was changed when he won Rookie of the Year, while donning Air Jordan 1s. Thanks to meteoric rise of Jordan’s career, the Air Jordan 1 became a must-have basketball fans.

Inspired by the original high top colorway, first released in 1985, the Air Jordan 1 Lost & Found (also known as Chicago) is envisioned to create a “time travel moment”. When the first model debuted in the ’80, the shoe boxes were often lost in inventory stockrooms, and were often found again years later. The AJ1 Chicago is a throwback to this era, and it’s made to look like if found decades later in a dusty stock room.

The process of buying a shoe today is very different from what it was like in the 80s. This sneaker attempts to capture that lost and found feeling, giving consumers a taste of what a box-fresh, vintage AJ1 would have looked like back in the day.
– from Nike.

While designing the shoe, the Jordan Brand design team thought about every single detail, and managed to bring this sense of nostalgia to life. During the design process they studied the original AJ1s trying to capture the nuances of the distressed look. They described it as having “light to no wear but with materials that sat for years in a box and didn’t withstand the test of time.” Even thought the model looks like it doesn’t have to be cleaned ever, you should learn how to clean Jordans properly.

Inspired by the OG Air Jordan 1, the 2022 ‘Lost and Found’ colorway has a range of its key design features, including the larger swoosh on the side panel, that reminds of the 80s style. When shoes are left in a box for years and not properly maintained, they’re going to crack, yellow and pigment. The goal with the AJ1 Chicago was to hint at this subtle aging look, while adding tactility to the shoe’s sole. – says Jordan design team.

The signs of age are mostly visible on the ankle collar which looks cracked and faded, which happens over period of time. The rubber cupsole, while aging, often turns into a light yellow hue, and the 2022 model pays homage to this. The hints of dryness are also visible in the leather, especially in the toe area and side panels.

Jordan Brand has confirmed that the Air Jordan 1 2022 Chicago (aka “Lost & Found”) will be launched on November 19th for $180 for adults and will be available in full family sizing.

Another nod to the “lost and found” look comes with a mismatched box lid that looks like the shoes were misplaced in a basement for ages. Each pair also includes a vintage receipt meant that replicates actual receipts from deadstock shoeboxes.

Stay up to date on news and purchase your pair via GOAT or Flight Club. View the new colorway in further detail below. 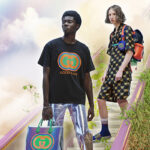 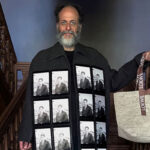