I’m at the best place I’ve ever been in life, but I always feel like I’m one step away from where I want to be – Lil Nas X

On his controversy-courting:
“You take certain things like kissing a guy onstage: I know that’s going to be something that’s talked about. But let’s get into the root cause of why it’s being talked about,” he says.

Actor Billy Porter, who starred as a priest in Nas’s video for “That’s What I Want,” on Lil Nas X’s success:
“The fact that Lil Nas X can be Black and queer and out and in your face is something that we’ve been fighting for for my entire life,” Porter, 52, says. “So to have lived long enough to see the day where there is someone like him in the marketplace is astonishing.”

On his Twitter obsession:
Twitter is where Nas goes to work and to play, but he also describes it as his home. After years of obsessive use, he now feels invincible on the platform. “Anybody who tries to s— on me on Twitter, it’s just not gonna work,” he says.

On trying psychedelic mushrooms while working on his current album:
Nas worked on the album throughout the pandemic with Take a Daytrip at Airbnbs in California. He says a pivotal moment in the process was trying psychedelic mushrooms for the first time. Baptiste and Biral sat by Nas’s side sober and talked to him throughout the day, occasionally taking dips in the pool and hot tub but not working on any music, just reflecting on life. Nas loved the trip and says it allowed him to push past lots of lingering feelings of self-consciousness. “I was able to open up a lot,” he says. “I was able to write actual stories about my life and put it into my music. I actually did that for the first time.”

Rapper Jack Harlow, on how Nas inspires him:
“He makes me want to push boundaries,” he says. “He makes me not want to play it safe.”
“Working with him, I know what that’s going to look like to me in 10 years and 20 years; I’m going to be very proud of it,” Harlow says. “I’m proud of it right now.”

Brockhampton rapper Kevin Abstract on Nas:
He thinks of Nas as a new type of superhero, noting his bold award-show performances: “Being brave enough to do it in front of all these—really very tough macho rappers? To me, that’s like the most hip-hop thing in the building.”

On wanting to spend his money on others:
He also wants to give away more of his newfound money, saying he doesn’t really enjoy shopping for himself. When he signed his recording contract, he says he bought a Burberry jacket for about $2,000 and almost immediately regretted it: “What was the point? To post it on Instagram once?” He says the house he bought in California last year hasn’t been filled with much furniture yet, and he’d rather take his friends or family members out on shopping sprees instead.

On not wanting to date right now:
He doesn’t want to date someone right now. Even though the video for “That’s What I Want,” has him performing in a wedding dress and pining for someone to cuddle with, he just got out of a relationship and says he’s not ready to date again. He laughs when he recalls that all of the exes he wrote about on the album were at his album release party. (He says only one of them took offense at the portrayal of their relationship on the album.)

On his ultimate goal:
“At the end of the day, I want to exist,” he says. “I want to have fun, I want to cause chaos sometimes. I want a long, legendary, fun life.” 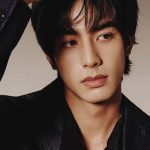 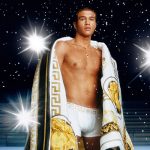