When compared to the Air Jordan 1 and 4, the Air Jordan 13 is rarely in the forefront. However, the silhouette is finally getting some attention this year, with both a “Court Purple” and a “Navy” colorway being released. And the latter, after months of leaks, has finally been unveiled in full, along with an April 2nd release date. The Air Jordan 13 is one of Jordan Brand’s most underrated models. The Air Jordan 13 is noteworthy in the Air Jordan line for two primary reasons. It’s not just renowned as one of the most comfortable and well-performing “lower-numbered” Air Jordans, but it’s also the last sneaker Michael wore for an entire season with the Chicago Bulls.

The Air Jordan 13 is one of the rare projects for which Tinker and Michael Jordan did not have an initial meeting. Hatfield got the design idea for the sneaker by observing Jordan on the court. He compared Jordan to a Black Panther. Specifically, his tendency to analyze his opponent and strike at precisely the correct moment. This is what happens to inspire the Air Jordan 13’s main theme. It is also the source of inspiration for one of the most stunning outsole designs on the market. It was modeled after a panther’s paw and was designed for best traction. Hatfield’s concepts and inspirations performed an excellent job of standing out while remaining universally translatable. The Air Jordan 13 is a tribute to iconic 90’s shoe design cues in terms of technical design.

The Air Jordan 13 was first launched in 1997 in seven colorways, five highs and two lows. They were also seen on the foot of Denzel Washington’s character in Spike Lee’s He Got Game, which inspired the nickname for the 2013 “Black Toe” retro. Jordan would leave Chicago as a champion after leading the Bulls to a 70-12 record in his last season, capturing his sixth NBA title and completing a second three-peat.

In case you missed it – The Air Jordan 12 Retro ‘Playoff’ 2022 is returning this February.

The first retro run started in late 2004 and lasted through the summer of 2005. There were 12 various pairs of high and low-tops for men and women, including the unique “Altitude Green” hue. The 13 was then included in the 2008 Collezione “Countdown” Pack, with the Air Jordan 10 Retro “Shadow.”

The second retro release featured six colors, including the “Bin23” Premio release, the first retro of the original “Playoffs” colorway, and a commemorative PE for Ray Allen setting the all-time three-point record. Additional retros were released in 2011 and 2014, with the latter being highlighted by the original “Grey Toe” sample.

As previously said, the Air Jordan 13 has always been known for its outstanding performance and comfort on and off the court. The Air Jordan 13 has Zoom Air in both the heel and forefoot, as well as a carbon fiber midfoot shank and a gripping, paw-pad outsole design. The sneaker features a full-grain leather and reflective-backed mesh structure, a fast lacing system, and the distinctive hologram. To this day, the final result is likely the best blend of on-court performance and enticing aesthetics in the Air Jordan brand.

With the sneaker expected to arrive shortly, GOAT and Flight Club have their supplies ready to ship. If you’re a fan, make sure you reserve your pair.

The upper is a sturdy mix of leather and synthetics that can be broken in with wear and time. The luminous Brave Blue mesh upper is accented with Black on the tongue, toe, and mudguards. The signature Jumpman logo on the tongue is also present, as is a white and black sole unit.

The Air Jordan 13 “Brave Blue” will be available for $200 on Nike.com and select retailers on April 29, 2022. Take a look at the official images below, and keep an eye on our MMSCENE sneakers section for more information on forthcoming releases.

Let us know what you think of this fresh new sneaker in the comments section below, and stay tuned to MMSCENE for all of the newest sneaker news and updates. 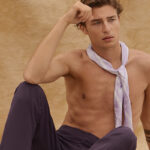 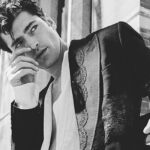